For the last century we have used the same modes of mass transportation with very few great leaps in innovation. Cars, trains, trams, boats and planes have been the only options we’ve had to travel about in our daily lives. It’s amazing to think that no game changing innovations have popped up for so long. That may all be about to change though. Two transport systems on different sides of the world are potentially going to reshape the way we look at urban transportation for ever.

The SkyTran in Tel Aviv

Israel has always been an innovative country with a huge amount of tech resources at their disposal. Now a massive Israeli defense contractor has moved into a very futuristic and incredibly exciting project to build the first aerial transport system of it’s type in the world. We are not talking boring old monorails, gondolas or trains here – these are 2 person egg shaped pods travelling at speeds of up to 150 mph on a magnetic levitation system around the streets of Tel Aviv.

This is not a brand new idea, the concept was first floated in the early 1990’s, however this will be a landmark experiment in a very busy city that could reshape how we look at public transport in the future. The prototype will be built on the campus of Aerospace Industries, it will be 12 km long and initially the proposed top speed will be 44 mph, though it’s estimated the system could reach 150 mph (240 kmh) and carry approximately 12,000 passengers per hour on one track.

If successful, the pilot system will expand into Tel Avib city which is the perfect testing ground for a system like this. Crowded streets and tech savvy citizens provide a ideal testing place for SkyTran. Users will be able to summons a ride from their smart phone at a cost of around $5 each. When compared to a standard local bus fare ($2 USD) or a taxi, it’s a great price for a superior ride. The expansion plans for SkyTran are into the suburbs too, not just the CBD, with an aim of revolutionizing urban and suburban commuting.

Computer controlled driverless systems would eliminate human error and increase safety, along with efficiency. Cars will travel closely together, at times as close as 0.5 seconds apart, with the added safety of multiple breaking systems making this possible. It would allow a much more efficient and safer mode of transport for commuters. By servicing as much as 12,000 commuters on a line per hour, SkyTran has the ability to surpass bus and train service levels in an environmentally superior way.

The Technical Details of SkyTran

The systems requires a minimal amount of energy consumption because it is running with passive magnetic levitation. Rather than using wheels, the pods require no power to levitate, this occurs because of the movement of the vehicle over wire coils on the track. A short burst of power is used to propel the pod forward initially, this short burst can accelerate the car to 44 mph and it can maintain this levitating above the rails as it travels. With a low amount of parts, less maintenance is required and coupled with a comparatively low cost to build (approximately $10 million per mile) the system could be a winner for local governments.

Unlike SkyTran, the Hyperloop looks to solve the problems associated with intra city transportation by getting you from point A to point B at the speed of sound in a tube – and all on land.

Elon Musk, SpaceX and Teslar Motors CEO, originally proposed the idea of the Hyperloop in 2013 and it really was an idea that made people sit up and take notice. After all, it proposes travelling at the speed of sound without flying. Critics and fans alike had to admire the vision of the modern day tech mogul, designer, innovator and CEO. His proposal involved pressurized pods shooting through tubes elevated off the ground, or in a subterranean subway. Much like an air hockey puck, the pods float on a cushion of air and are driven along by solar powered electromagnetic pulses at speeds of 760 mph (1,220 km/h).

Musk has stated that the Hyperloop is ideal for travelling between big and congested cities that are within 900 miles. This translates to commuters travelling between LA and San Francisco in 30 minutes or Melbourne to Sydney in 40 minutes. His vision was based around solving issues associated with conventional transportation. He wanted to create a system that was faster, safer for passengers, more affordable, convenient, not affected by the weather and solar or self powered. Musk was also a huge critic of the $60 billion dollar Californian high-speed rail system, famously claiming that his design could be built for $6 billion.

In January Musk revealed that he was planning to build a privately funded 5-mile test track in Texas. All along Musk has declared that the design is an open source – meaning he is open to feedback on design improvements from anyone. In line with this, Musk will invite companies and students to test their prototypes on the Texas track to refine and improve on the performance of the pods. What Will it Cost to Build?

There are, and were, a large number of critics that doubted Musk’s original estimate that 380 miles of track could be built for $6 billion. Some doubters predicted that it could end up costing as much as $100 billion. It looks as though one company agrees with Musk, Hyperloop Transportation Technologies announced a construction deal to build the five-mile prototype Hyperloop in 2016. They are also predicting the costs to be $100 million, $20 million per mile – that’s actually close to Musk’s original estimate. The company plans to raise the capital required for the project through an IPO. If the interest is anything like the Teslar Motors IPO then it could prove a very successful venture.

This is the most recent story. 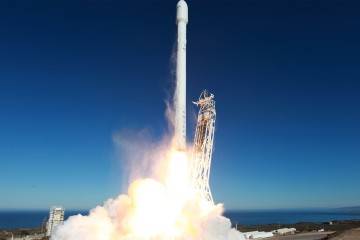