The much awaited Windows 10 is almost here. If you have windows 7 or 8 installed, Microsoft will be making windows 10 available to you free as an upgrade item but the string to this is that you must be qualified for this free upgrade available to qualified and genuine Windows 7 and Windows 8/8.1 device owners. According to Microsoft Corporation this free upgrade for windows 8.1 devices will become available later in 2015.If you have downloaded and currently using windows 8, you have nothing to worry about when you download windows 10. It is better software than windows 8, and you will agree with me once you start using it. Here are some important changes and improvements from windows 8 edition.

There are many new features for the Windows 10 software. Among these great new features and capabilities, Windows 10 comes with multiple desktops which you can use to tidy up your workplace. There are some things you won’t be able to do using windows 10. You may also access all your settings through the settings app. While a lot more will become obvious once Microsoft Corporation officially releases windows 10, even what we already know today about windows 10 is enough for us to conclude that windows 10 is an exciting software. If you are still using the older windows 7 and 8, Microsoft offer you free download of the windows 10 when it is released. The steps to get your free windows 10 upgrade is provided here for you as well

About the new windows 10: What you should know

Many users of windows 8 edition would agree with me that the odd tablet style layout of windows 8 is a little confusing. In comparing windows 10 edition with windows 8, the user quickly finds out that windows 10 is user friendly to all users including old and new windows users alike. You can easily install it to your desktop computer with no problems.

For those using a laptop or Windows tablet, there is a windows 10 feature called ‘Tablet mode” which can very quickly recognize if there is no access to a keyboard or mouse. This tablet mode will enable you to connect your laptop and tablet through one interface unlike in windows 8 which requires two separate connections

Windows 10 also uses a different feature which will allow a display of all your open apps on a single screen. Unlike in windows 8, where you will be required to go back to the last used app by swinging from the left hand side. Windows 10 places buttons on the task bar so as to eliminate any accidental launch when your cursor goes far too wide either in the right or to the left. Windows 10 has touch screen features to enable touch screen users access to the action center simply by swiping in from the left.

Windows 10, goes a long way in straightening up some of the inherent mistakes on windows 8. But more importantly it was not just after corrections on windows 8 edition, it also offers new features which were not part of windows 8. The following are totally new features in windows 10

Cortana is entirely a cool feature which appears next to start up button of the task bar, and has the ability to perform the following functions:

8 Must Have Useful Free Apps for Your iPhone 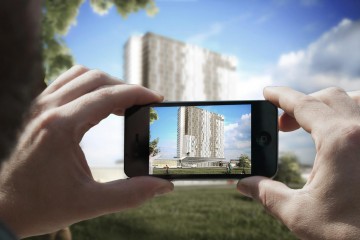 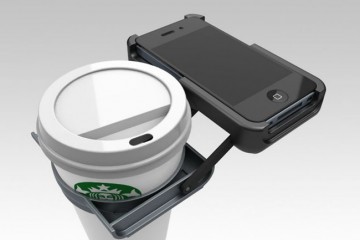